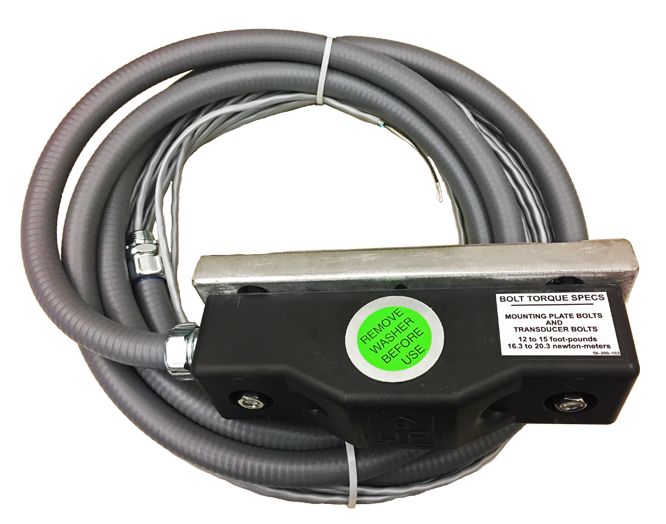 The Model 2100-550 Single Element Transducer is a rail‑mounted device that senses passing wheels on a train.  The timing signals generated by the transducers are critical for STC defect detector operation.

The 2100-550 consists of a horseshoe magnet with a tightly wound coil encapsulated in a rigid epoxy potting compound.  Each transducer is mounted 1‑9/16 inches (3.97 centimeters) below the top of the rail.  As the wheels of a railcar pass over the transducer, the wheel flange disturbs the flux field of the magnet, causing the output of a sinusoidal type waveform of varying amplitude.  The depth of the flange and the speed at which the wheel is moving determines amplitude.

The timing signals from the transducer are used to: