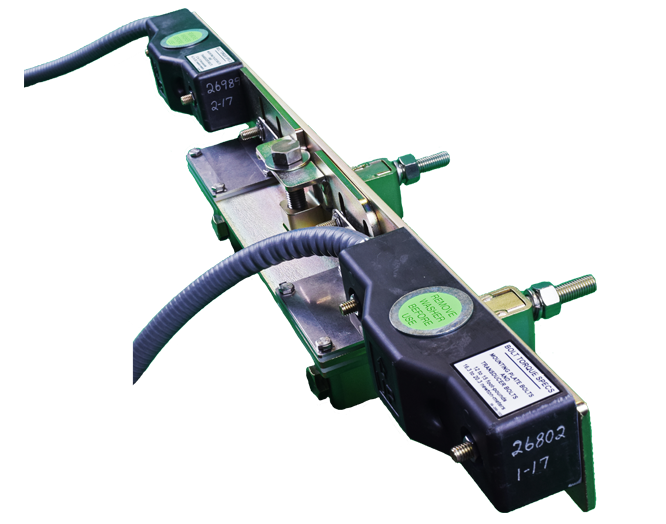 The Model 2100-596 Dual Gating Transducer with Clamp Assembly is a rail‑mounted device that generates wheel timing signals for any STC defect detector.

The 2100-596 Dual Gating Transducer with Clamp Assembly mechanically clamps two gating transducers to the rail, thus eliminating the need to drill mounting holes.  Its bracket is fully adjustable and allows for proper transducer alignment over a wide range of rail sizes.  For optimum performance, the gating transducers must be precisely positioned in relation to the bearing scanner and mounted 1‑9/16 inches (3.97 centimeters) below the crown of the rail.