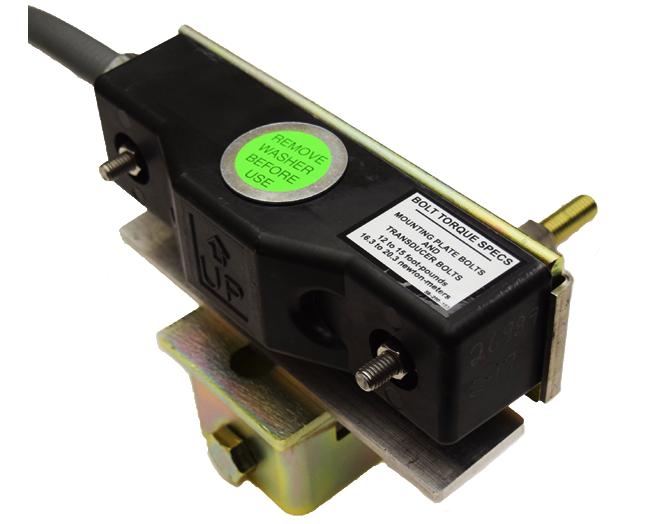 The 2100-591 mechanically clamps a wheel transducer to the rail, thus eliminating the need to drill mounting holes.  Its bracket is fully adjustable and allows for proper transducer alignment over a wide range of rail sizes.

The Model 2100-591 Single Element Transducer with Clamp Assembly is a rail‑mounted device that senses passing wheels.  It can be paired with a second device to form a transducer gate – or it can function as an advance transducer to activate the detector system as a train approaches. The 2100-591 generates timing signals that allow an STC defect detector system to: